Create an Account - Increase your productivity, customize your experience, and engage in information you care about.

The West Lampeter Township Police Department is honored and proud of our recently formed Honor Guard Unit. Four members of our Department completed formal training for the official formation of our Honor Guard Unit, which will be utilized for funerals and ceremonial events throughout the County and law enforcement community. The formation and implementation of our Honor Guard Unit in 2013 not only conveys the Department's respect but also promotes civic spirit and pride between our citizens and the police. The four ceremonial uniforms to be worn by the Department's newly formed Honor Guard were provided through the generosity of the Friends of the Force without whom the formation of this Unit would not have been possible. 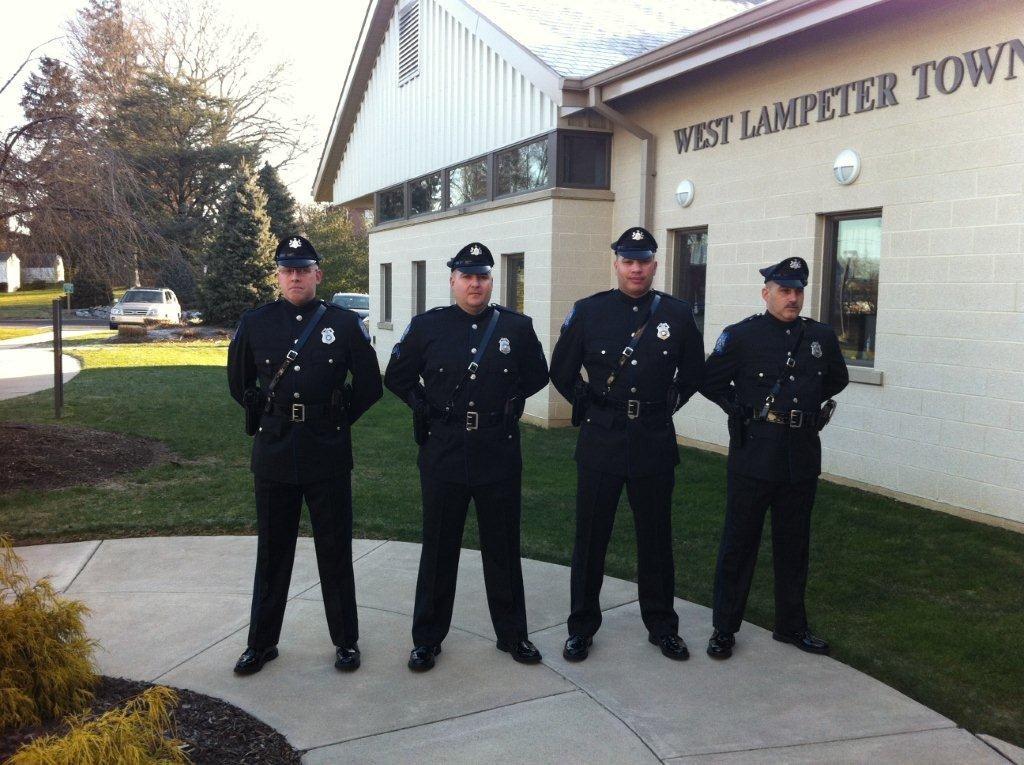